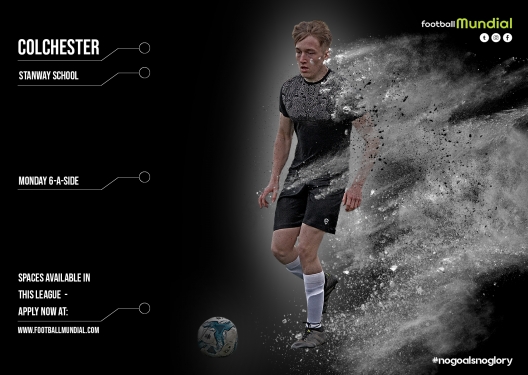 Who Will Sit On Top Tonight?

With goal difference separating the top two teams, tonight’s clash between leaders Pizza Crouch and their nearest rivals LGS will have even more of a bite to it at 7:30pm!

Last week, a shock defeat against Eggnog United saw Pizza fall to only their second defeat of the campaign, but it was enough to allow LGS to move level on points as they beat The Dobaks 3-0.

Chameleon missed the chance to leapfrog the leading pair when they also fell to an unexpected defeat, being beaten 2-1 by Sporting Hardons.

In the Championship, the juggernaut that is Real Ale Madrid continues having beaten Boda FC to record their thirteenth league win and keep their unbeaten streak intact.

Tonight sees a total of twenty teams in action across both divisions and you can also get your team involved by clicking here and applying. Colchester is a great league with good quality 6-a-side football played at a superb venue.

Should you wish to talk to League Organiser Jon Sykes, he is available either by phone on 01937 841440 or by email at info@footballmundial.com.

← Can Clifford Get That Important Win?Two Teams Aiming For Nine Straight Wins! → Back to blog